Message of the International Association of Free Thought on the occasion of the 20th anniversary of the association, Europa Laica celebrated at the Art Circle of Toledo on December 11, 2021

It is a great pleasure and joy for the Association International Free Thought to send you this message of support on the occasion of the 20th anniversary of the Europa Laica Association, member of the IAFT.

It is at the hinge of the XXth and XXIth century that the project to build an organization to defend the separation of Churches and State emerged in Spain, in a country still marked by the effects of the Holy Inquisition, the Reconquista and the White Terror led by armed factional generals ideologically by the Apostolic and Roman Catholic Church, leaving a country covered with mass graves and hundreds of thousands of innocent victims the fate of the Republican and Spanish workers of thismiddle of the 20th century.

What daring it took the founders of Europa Laica to dare to new form the idea and take up the challenge of preparing the future for the advent of the secular and social Spanish republic.

In December 2001, when a symposium was held to repeal the 1801 Concordat of Alsace-Moselle, Juan Francisco Gonzales Baron, founding president of Europa Laica, came to Strasbourg to present this new open perspective for state republican and secular activists Spanish.

Since, how not to feel enthusiastic and proud of the way through all those who have embraced this project. It is important to note the level and spirit of sacrifice that the successive presidents Francisco Delgado Ruiz, Antonio Gómez Movellán and today Juanjo Picó.

How not to be impressed by the campaigns implemented for the advent of true secular education, against the funding of against the massive plunder of religious property organized at the the Spanish Catholic Church, or the campaigns for the abrogation of the Agreements between the Spanish State and the Vatican.

These campaigns are now in the Spanish landscape but also international, thanks to the influence of the publications of the site laicismo.org which is read by tens of thousands of correspondents, from Spain to the borders of the most distant lands, where the empire had disappeared and where the Spanish language and practiced by hundreds of millions of people on all the continents.

On 23 April, the 8th IAFT Congress will be held in Madrid, under the coordination of Obdulia Díez, Vice-President of Europa Laica, to defend and promote secular education around the world. Let us continue to sow our democratic ideals of freedom. 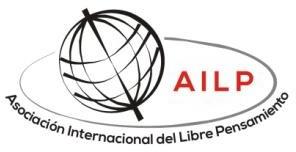 Dear friends, dear comrades, Our association Europa laica prepares the International Congress AILP Madrid – 2020 You must register with this privilege: http://laicismo.org/?p=214422   If you would like to participate. We invite you to do Read more…