“If former Humanist Taslima Nasrin were not stuck with attention seeking, hate mongering and self promotion, she would have joined the extreme groups of the right wing.”

How does this sound? 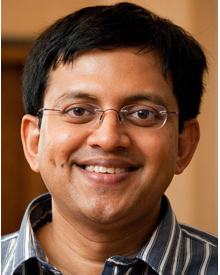 At one time her courage in defending Human Rights was inspiring, and after she had to flee Bangladesh, the Swedish Govt. Gave her citizenship while the Government of India did the noble thing by offering her a home and a shelter. She has been an important advocate of the Freedom from Religion, abolishing of all Religion based laws and a defender of the rights of women.

She has now left us friends in dismay by saying [that cricket player Moren Ali had joined the far-right and terrorist group ISIS], and then justifying this stupidity by petulance and even more nonsense. When, instead of offering an apology, one says this was a joke, then one becomes the clown.

Humanists stand for Universal Human Rights, are engaged in promotion of democratic values and the scientific temper, call for the Open Society, and offer robust criticism and critical evaluation of belief claims, all from a human centred perspective.

Humanists promote Universal Human Values that certainly include respect for the dignity of all. We celebrate diversity and pluralism in society, and unless a belief or a practice poses a threat to Human Rights are committed to defending it.

In the delicate exercise of sharing their view points in a multicultural world, the majority of us Humanists, Rationalists and Atheists do not attack the believer but aim to offer to all an alternative vision for personal and social life that rejects authoritarianism and prejudice.

In the struggle for freedoms to all, Humanists naturally are on the side of the victims, and certainly would never endorse the wholesale vilification of others simply because they belong to one particular community or because they wear a particular code of dress.
If an issue arises, Humanists would focus on the theology, the theocrats or the tradition behind a custom and practice rather than attack those forced to comply due to social pressure or religious dictates. Or out of free choice.

English cricketer Moeen Ali has had no history of involvement in, or endorsement of, extremist ideology or violent action, religious or political.

It is therefore absolutely wrong and irresponsible that Taslima, herself a victim of widespread intolerance and prejudice, a friend and colleague in the struggle for a better world for over 25 years, has targeted an accomplished sportsperson and public personality and associated him with a terrorist organisation like the ISIS – without any basis at all.

The Govt. Of India has throughout the past decades been supportive of her, and has not needed from her any special antics like this to extend her visa in the past. She was possibly trying to be in sync with the prevailing populism in the society she is living in which is a shame.