An inquiry commissioned by the Catholic Church into clerical abuse in France has just concluded that victims of both clerics and laicity (teachers, for example) totalled around a third of a million since 1950.

In no country in the world has such a high figure been included in an official report. Nearly all victims were minors or vulnerable adults.

The Independant Commission on Sexual Abuse in the Church (CIASE), to its credit, herd exhaustive hearings in every major town in France. But listening to so many harrowing testimonies took its toll. The President of the commission, Jean-Marc Sauvé, was alone in needing psychological assistance. 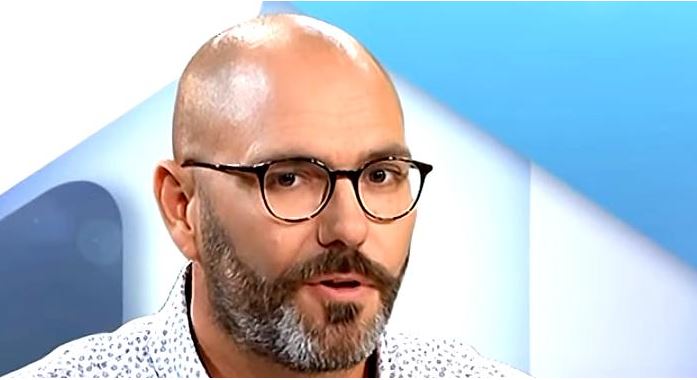 At the public launch of the inquiry report, abuse survivor François Devaux, above, told Church officials :

You are disgrace to our humanity. In this hell there have been abominable mass crimes… betrayel of morality [and] betrayal of children.

The Catholoc Church is, after the circle of family and friends, the environment that has the highest prevalence of sexual violence.

Its President accused the Church :

Of something knowingly putting children in touch with predators.

Prior to this week, the President of the commission was sticking hard to his estimate of 10 000+ victims. In correspondence with him I pointed out the implausibility of this low figure. The final number arrived at by his multidiscplinary team is 330 000.

The estimated number of perpetrators, just 3000, remains baffingly small – it equates 2,6% of priests. In contrast, state-commissioned inquiries by Australia and England & Wales both found 7% of Catholic priest to be perpetrators.

The resultant ratio of victims to priests and lay perpetrators cited by the report is a completely implausible – 110:1. A much more realistic figure would be in range of 10 000 to 30 000 perpetrators – maybe too many bishops to handle? Let’s hope not.

The key question is, what happens next? Having studied the French Catholic Church closely over the last two years, I’m convinced it’s institutionally incapable of putting its own house in order. Even while the report was being written, bishops were distancing themselves frome accepting any responsibility.

They refused to let their fabulously rich church bear even a centime of the meagre compensation (they recolled from even using the word), determining thatit should be dependent on the amount raised by public subscription. It is thought reparations were conditional on the abandonment of any civil criminal action. Quite a bargain, for them.

While some give the Church credit for commissioning the report, in my opinion, the Church only did so because it realised that if it did not, the scandals would sooner or later result in a state inquiry. Such an inquiry would have the power to require the production of documents, summon witnesses and examine them under oath.

Onz of the commission’s recommendations was revisions to canon “law”. Canon “law” is not an appropriate mechanism for enforcing such rampant criminilaity; for example, the maximum penalty is removal from the clerical state.

The Vatican was urged by the United Nations in 2014 to require such abuse to be reported to the secular authorities, something the current Pope, to his shame, still refuses to do so. He only acts on clerical abuse when absolutely forced to, and usually as little as he can get away with.

It is beyond regrettable that the French state did not institute its own inquiry, as Australia, Germany and England & Wales have done. In contrast, the French National Assembly ignored the matter almost entirely, and the senate’s hearings amounted to little more than Church being asked to sort ther matter out itself. That was a monumental failure of securalism.

Devaux accused the Church of cowardice. I charge the state of cowering before the Church. It is almost as if the Revolution never happened ; for all practical purposes, the French Church remains above the law and that is the greatest single reason for this, doubtlessly centuries-old, catastrophe. 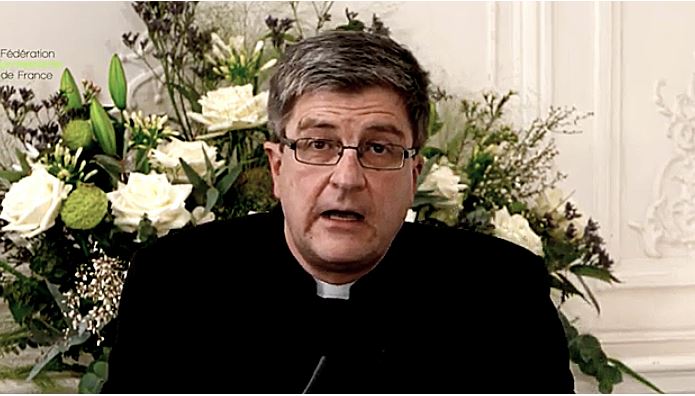 Yesterday, Jeanne Smits, Paris correspondent for Lifesite News, pointed out that the commission recommended the lifting of seal of confession so offenders can be reported to the civil judiciary, and the head of the French Bishops Conference, Archibishop Eric de Moulins-Beaufort, above, was, summoned to a meeting with the French Minister of the Interior Gérard Darmanin.

However unrealistic, the attack on the seal of confession is one of the more troubling aspects of the report. Archibishop Eric de Moulins-Beaufort of Reims, the President of the Bishops Conference, reacted vigorously against that particular recommendation in an interview with France Info this Wednesday. “The seak of confession is binding for us and as such, it is stronger than the laws of the Republic.” he said. “It opens a space of unrestricted words that are spoken before God.”

Which way you look at it, Eric de Moulins-Beaufort is saying clerics, alone, are above the law. We see the result of this mentality; one third of a million child sex abuse victims since 1950. Not all as a result of confessional secrets being observed in contravention of the law, but it is the attitude of mind. Twenty-five bishops have been accused of failure to report as the law requires to do. Not one denial. Such is their exalted position, in their own minds, I am not sure they even saw the need to deny. Even worse, not one of them was charged by the prosecuting authorities.

It is a weak argument to suggest that most children only speak of their abuse at confession because it is confidential. Some may, but Eric de Moulins-Beaufort is determined that no complaint of a child at confession is acted upon, thus directly enabling the cycle of re-abuse.

A state inquiry is still desperately needed. Its terms of reference could be much wider that the commission’s. They must include reform of the law and examination of why around 25 bishops have failed to observe the mandatory reporting law with complete impunity.

The papal adviser on abuse Prof Hans Zollner said yesterday: “If a bishop has not done what the law of his State, and Canon law, demands of him, then yes [he should resign].” So does that mean we are about to have 25 vacancies? Somehow I doubt it.

France’s mandatory reporting law, and the statutes of limitation on abuse and reporting, need urgent reform. As is also needed in the UK, there must be a law requiring those in institutions, including churches, to report reasonable suspidions of abuse to the secular authorities, with safeguards protecting those doing so in good faith. An example of how that might look is here.

No solution is possible without a fit-for-purpose secular law on abuse, and renforcement of such law without fear or favour. France, at present, lacks both.

Keith Porteous Wood is the President (and former Executive Director) of the National Secular Society. His op-ed first apparead on the NSS website yesterday, and has been updated to include a reaction to the LifeSiteNews report. KPW is also a member of the IAFT/AILP International Council, he is in charge of Church Crimes.

Clerical abuse victims are being betrayed. The state must act now.

The French State and clerical abuse