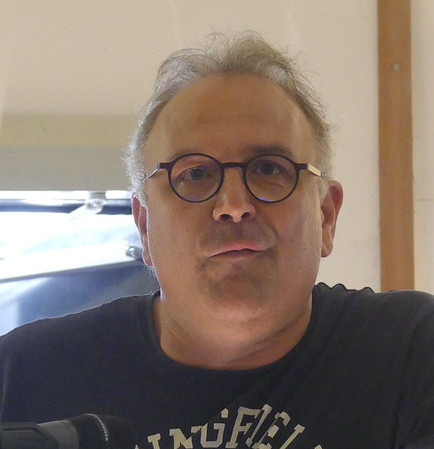 This is the second congress of the International Association of Free Thought (AILP) held in Chile, after that of Concepción in 2013. The Grand Lodge of Chile, and its new Grand Master, Sebastian Jans Perez, had chosen the City of Valparaiso to host the Latin American Regional Congress on 8/9/10 August 2019.

With a membership of 12,000 and a network of some twenty Masonic colleges, the Grand Lodge of Chile is a very important institution that operates in many areas of political life in Chile:

Valparaiso is the city of frescoes of a thousand colors, the heart of Pablo Neruda. Valparaiso is also the cradle of Chilean Freemasonry, since it is here that in 1862 is constituted the Grand Lodge of Chile, thus getting rid of the guardianship of the European Lodges.

Valparaiso, avenue of Brazil, it is there that was erected a statue in memory of Francisco Bilbao Barquin, writer and philosopher, combatant of the democracy and the freedom, excommunicated by the Catholic Church for its critics against the orders ecclesiastics.

All these elements would contribute to make this congress very successful, especially since it was supported by 53 diverse and varied institutions from all over Latin America, but also from Europe, with messages of support from Spain , United Kingdom, France …

The program was hearty

The inaugural session was preceded by a welcoming ceremony for foreign delegations: Antonio Vergara, Edgar Jarrin, AILP spokesman for Latin America Elbio Laxalte, Angel Clavero, Grand Master of the Grand Lodge of Argentina Myriam Tardugno, Great Mistress of the Grand Orient of the Freemasonry of Uruguay, but also Monica Rodriguez, writer and journalist, Alicia Podesta and Gabriela Rosas, feminist activists, Patrico Cueto Roman, writer, Alfredo Lastra, writer, Lucia Hidalgo, sociologist , Raul Bula of the AULP, were all there, faithful to the rendezvous, always present when it is necessary to carry the flag of the Free Thought. Also noteworthy is the presence of Jacques Lafouge, tireless traveler and one of the rapporteurs at the AILP founding congress in Oslo in August 2011. And many more … Nearly 150 freethinkers rushed into the inaugural ceremonies, the various lectures and also the round tables.

The AILP congress in Valparaiso had as its central theme: “La Libre Pensée facing current and future issues that challenge humanity”. It was organized around five round tables:

Each round table was moderated by a recognized moderator and a panel of speakers had been selected by an editorial committee to maintain a certain coherence in the topics discussed. A total of 25 interventions of 20 minutes were given during the roundtables.
Three masterly lectures were given: one by Lucia Hidalgo López, sociologist on: the crisis of Western modernity and the challenge of a new schooling from a Latin American epistemology, the second by Jorge Babul Cattán, entitled: Rapsodie de knowledge, and finally that of Agustin Squella Narduccisur with the theme: Laicism and Free Thought.

It is impossible to account for all of these interventions in this article, but a full report in French was announced soon.

The closing session was held in the magnificent Hall of Honor of the National Congress of Chile, where important Chilean senators and deputies meet for important occasions. The ceremony was grand.

I had the privilege of speaking as a representative of Christian Eyschen, spokesperson for the AILP and also the FNLP and Europa laïca. Before reading the messages of Christian Eyschen and Antonio Gomez Movellan, I presented the AILP structures, the 51-member International Council, the 11 spokespersons, our international delegations to the ILO and the UN in Geneva, soon in New York, at the Council of Europe, etc.

Being at the headquarters of the National Congress of Chile, the highest representation of the Chilean people, I took the liberty of expressing our deepest gratitude to Michele Bachelet, former President of Chile, and currently High Commissioner to Human Rights at the UN for its denunciation of the brutal repression inflicted in France against the movement of Yellow Vests and also against the social movement. “Chile has raised a vigorous and courageous voice against the repression of the social movement in France. “

Then I read the message of Christian Eyschen, AILP spokesman in France: “… Another strong idea is the fight for Public Education, for secular education. It is the fight for full and complete human freedom.

This is what Francisco Ferrer, free-thinker, libertarian, Freemason, said about his teaching: “Our teaching accepts neither dogmas nor customs, because these are forms that imprison mental vitality. […] We only spread solutions that have been demonstrated by facts, theories ratified by reason, and truths confirmed by certain evidence. The object of our teaching is that the brain of the individual must be the instrument of his will. We want the truths of science to shine in their own brilliance and illuminate each intelligence, so that, put into practice, they can give happiness to humanity, without exclusion for anyone by odious privilege. “… ..

This question of teaching is therefore consubstantial with the action of freethinkers throughout the world. Therefore, the International Council of IAFT has decided that it will hold a major international congress in the summer of 2020 in Madrid to address this important issue: “Secular school and secularism of education”

We are going to invite freethinkers, laymen, atheists, humanists, trade unionists, teachers from all over the world, all those interested in this issue. We will solicit the help of all those who wish to speak on this issue.

We want to make this congress about secular education, the equivalent of the 1904 Congress of Rome for the Separation of Churches and the State. Our ambition is great, but it is necessary if we want to move things forward. We invite you to come and prepare with us …

At a time when the law of 1905 is seriously threatened by the pretensions of Emmanuel Macron, the nth President of the Fifth French Republic today, it is important to signify to all the clericals that the whole world always has its eyes fixed on this Great Work that is the Separation of Churches and the State in France.

Together in all countries, defend secularism, where it is established, and impose it, where freedom of conscience must be established. “

Then the last word was for Antonio Gomez Movellan, President of Europa laïca, who will lead the organization of the Madrid AILP Congress on 21 and 22 September 2020.

Finally it is Sebastian Jans Perez, Grand Master of the Grand Lodge of Chile, who closed the congress of Valparaiso. Eight years to the day after the founding congress of Oslo, the International Association of Free Thought, freethinkers are there and intend to take part in the world upheavals that are coming! 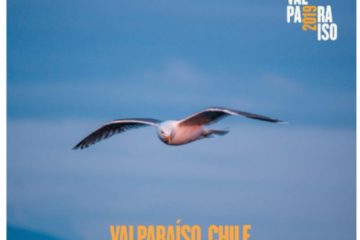 Report of the Congress of Valparaiso

Edgar G. Jarrín Vallejo and Antonio Vergara Lira, Directors of AILP, are pleased to publish the minutes of the CONGRESS of Free Thought realized in the city of Valparaiso from August 8th to 10th, grouped Read more…