Interview with Wanda Nowicka, Member of the IAFT International Council

International Association of Free Thought: In 2017, at the IAFT World Congress in Paris, we were honoured to present you with the International Prize for the Separation of Churches and State. What have you been doing since then? 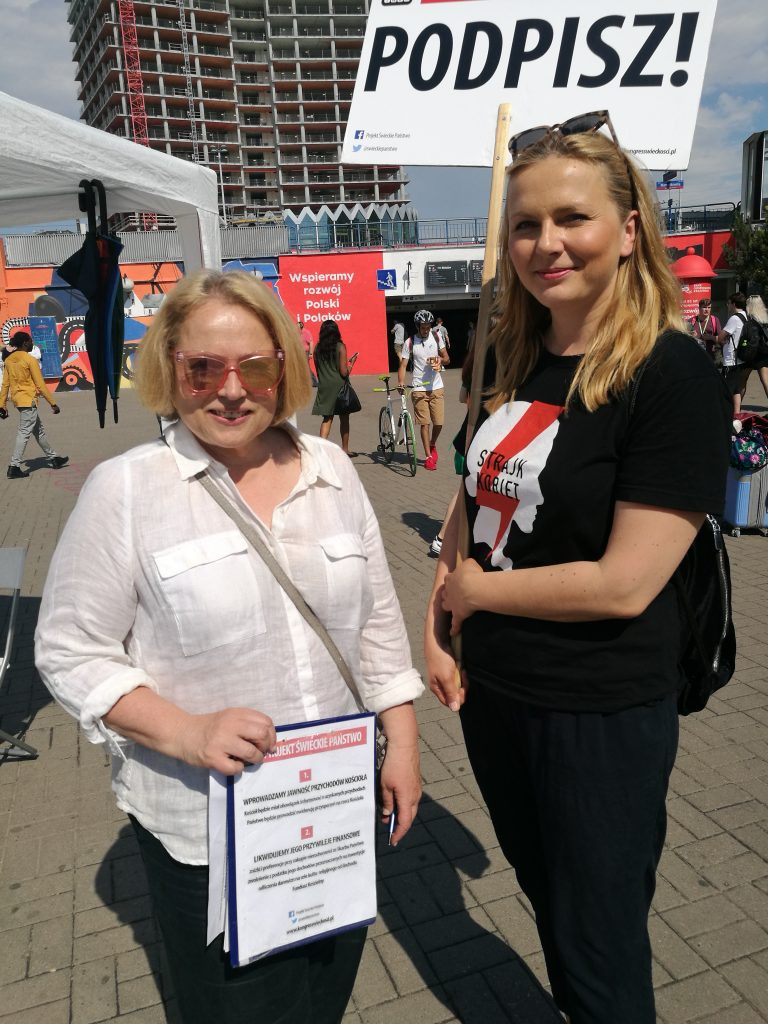 Wanda Nowicka: First of all, I would like to say that the place occupied by the Catholic Church is constantly increasing in Poland despite the many efforts of civil society organizations and individuals. The reason for this is that the Church has strong support from the ruling party, including the President, the Prime Minister and Parliament. They distribute much public money to the Church from our taxes, totally ignoring the evils of the Church, such as the acts of pedophilia committed by the clergy. In return, they receive the support of the Church during the elections. This is one of the reasons why the Right wins. Among the initiatives of civil society, one of the most important was the legal initiative entitled “Secular State”, which the State should not be allowed to subsidize the institution of the Church. This initiative proposed by Bożena Przyłuska (member of the International Council of IAFT) of the Secular Congress failed in collecting 100,000 signatures. I contributed to that signature campaign, and we were very close.

IAFT:: You have just been elected Member of Parliament in Poland and we would like to congratulate you warmly. What is the political context in Poland at the moment?

W.N: The political situation in Poland continues to be very difficult. The far right has won again and they will have a majority in Parliament. But it seems they will lose the Senate. The new Parliament will begin on November 12, so we’re not sure yet. On the bright side, the Left Alliance has returned to Parliament and it is a very renewed Left. It is a mixture of experienced deputies and new younger ones. We are all very committed to the separation of Church and State. You will certainly hear from many of us.

IAFT: What are the issues you will address as a member of Parliament and fight for?

W.N: I would like to address the issue of religious teaching at the School. In our opinion, schools should not teach religions. Secondly, I would like to raise the problem of the financial contribution of the State to the Church. These practices must change. I would also like to renew the trophy that I had initiated earlier, when I was in Parliament, for those working for the separation of Church and State in their communities. Finally, I will be active on women’s rights, particularly on reproductive rights. The Church in Poland has been waging war on women in this field for so long. We must end this.