By Keith Porteous Wood, spokesperson of l’Association Internationale de la Libre Pensée, and president of the National Secular Society (of the United Kingdom) 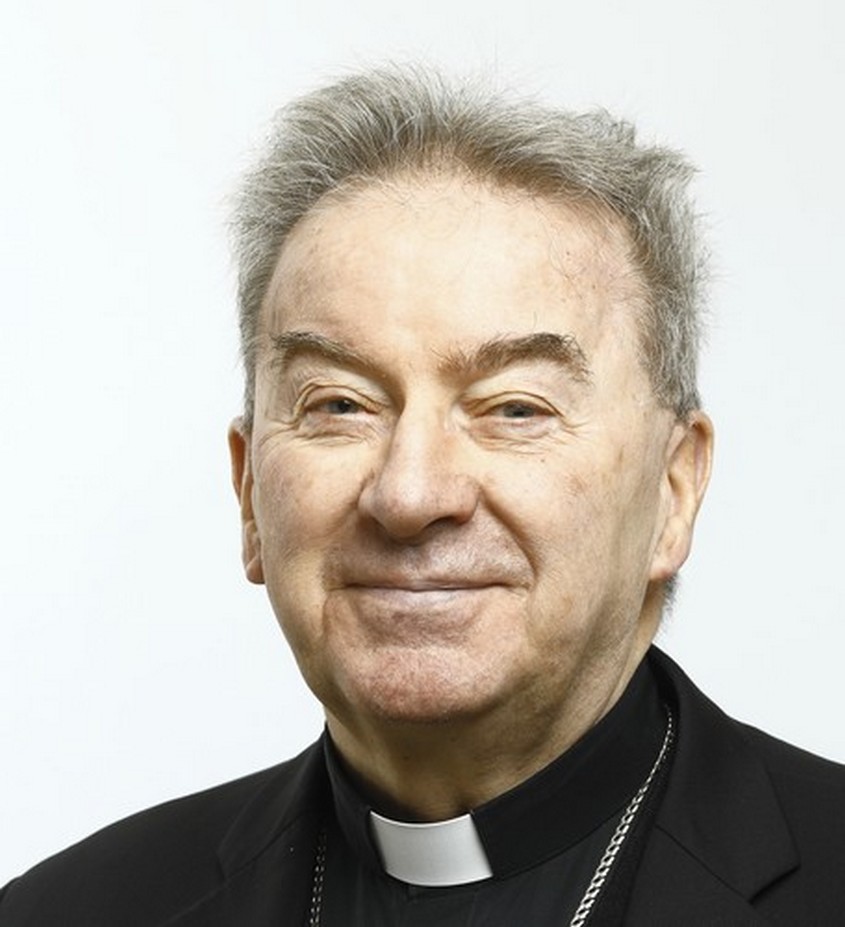 Last month, the Pope’s former Ambassador to France, ex-Papal Nuncio Luigi Ventura, was tried for sexually assaulting five young men, including a Paris City Hall official. One of the complainants’ lawyers suggested that the charges represented “the tip of the iceberg”.

Ventura was found guilty and has just been sentenced, to an eight month suspended prison sentence, even less than the derisorily lenient 10 months’ suspended sentence recommended by the prosecutor1. However, four victims are to receive €13,000 damages, but this is a fraction of the maximum possible.

The City Hall official described Ventura’s “hand grip[ping] my buttocks” 2 just two metres from the mayor of Paris at the Hôtel de Ville: “I turned around and saw someone smiling,” he said. “What amazed me is that this wasn’t an accident, but a deliberate act.”. Ventura’s accusers include a seminarian complaining of being groped in a sacristy, then during the following mass.

When the seminarian, given the pseudonym “Marius”, reported Ventura internally, he was warned that he was “attacking something stronger than you are”. After “Marius” reported Ventura to the police, he was thrown out of his seminary. His expulsion was not rescinded when the Ventura affair became public.

As a foreign diplomat Ventura was protected from prosecution by diplomatic immunity. The Holy See enforces this immunity fiercely3. Headlines praising the Holy See came in July 2019 when it announced the hitherto unprecedented lifting of diplomatic immunity, allowing Ventura to be prosecuted by the French authorities.

The Holy See4 publicity machine stated: “This is an extraordinary gesture that confirms the wish of the Nuncio […] to collaborate fully and voluntarily with the French judicial authorities.” The English Catholic weekly, The Tablet, concluded this “indicates an awareness of the damage done by the abuse crisis, and how it is no longer sustainable for the Holy See to use the protection afforded to diplomats when allegations of sexual misconduct arise.”

However, Ventura failed to attend his trial, citing the risks of Covid-19, and did not offer to testify via video link from the Vatican. He fled to the Vatican, which is beyond the reach of French law, after being accused. The Vatican is not a signatory to any extradition treaties. The Holy See then reneged on its complete lifting of Ventura’s diplomatic immunity by declaring it “partial”, which had to be fiercely resisted by victims.

Ventura’s defence lawyer sought to attribute the assaults to problems with Ventura’s vision. Whatever the problems with his vision, if any, they did not appear to prevent him identifying males, and the same males to assault anew. Several of the accusers complained of multiple sexual assaults.

Ventura’s defence lawyer dismissed all of the accusations as “a minor news item” that does not justify “becoming the basis of a historical trial” before claiming that Ventura’s judgment was impaired due to brain surgery. Any such impediment did not prevent Ventura continuing to function with the Holy See’s authority as Nuncio and also serve as the Dean of France’s entire diplomatic corps.

The expulsion of the very young “Marius” from his seminary sends a clear signal: Reporting sexual abuse, even when failure to do so contravenes the law, brings reprisals.

To restore waning public confidence in the French Catholic Church, Archbishop de Moulins-Beaufort should reinstate “Marius”, sanctioning those who expelled him, and invite any cleric threatened for reporting or assisting complainants, like Fr Pierre Vignon, to contact him personally.5

Sexual assault carries a maximum five-year prison sentence and a fine of 75,000 euros. The Prosecutor described victims’ accusations, including multiple assaults, as “credible, detailed, repeated and measured”. He acknowledged the “gravity of the facts” and the need to judge “without weakness” before seeking a ten-month suspended sentence without any fine.

The weakness of the prosecution’s proposed punishment also sends a clear signal to the French public and the wider world that the French Establishment protects the Church.

It is difficult to escape the conclusion from this sentence and the small fines that, despite priding itself in being the archetypical secular state, French justice appears to be very much more lenient to princes of the Church than to others. Ventura has seemingly paid little for the effect on victims of him pleading not guilty, for mounting a derisory defence, for attempting to renege on the lifting of his immunity and for contributing to the ruination of a seminarian’s vocation.

Even worse, the sentence sends an appalling signal to clerical abusers: the court cares little about punishing them, and that there is little point in victims bravely reporting being abused, especially when for some this would be potentially career-ending.