Final Statement of the 3rd Congress of the IAFT 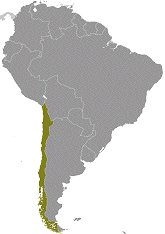 Final Statement of the 3rd Congress of the
International Association of Free Thought
Concepción (Chile), 8, 9 & 10 November 2013

The 3rd Congress of the International Association of Free Thought was held in Concepcion, Republic of Chile on November 8,9 and 10, 2013. It was organized by the Secular Institute of Contemporary Studies of Chile “ILECXXI” a private non-profit making foundation whose main aim is the research, courses and spreading of the principles of secularism and free thought in the country and to keep close relationships with the similar institutions in America, Europe and elsewhere whose goals are the same. ILEC is among the founding organisations of the International Association of Free Thought in Oslo in 2011. ILEC took also part to the second IAFT Congress in Mar de Plata in 2012.

The event took place in the welcoming Conception Pedro de Valdivia Secondary School where the delegations were warmly welcomed by the master of the place in a cradle of greenery next to mighty Bio Bio river.

The town of Conception was perfect to host the congress because it is a town with a large community of young people and free thinkers, a broad university activity and a rich history from the Chilean republican independence up to our times in which the freedom of conscience, the progressive policy and civil rights are part of the town’s environment.

Documents presented at the opening ceremony

The decisions made in the frame of the discussions of the 3rd IAFT Congress express our common will to achieve real progress in favor of freedom and secularism in mutual respect which can only exists with the institutional separation between Churches and State.

The IAFT is today’s Freethinkers’ answer to the various situations that call into question freedom of conscience in the world. Freethinkers believe that they must get together and organize a common struggle to defend the obtained benefits and to support solidarity and brotherhood of all men and women trying to fight on our planet for freedom and justice.

Freethinkers have made a significant contribution to the development of the ideals and the values that we promote, in particular emancipation of peoples, citizen sovereignty in a system of constitutional Government, absolute freedom of conscience, democracy, freedom and secularism.

The 3rd Congress highlighted many points to give quality support to a Freethought action in many countries and regions. Some of them are:

Insist on the fact that Freethought must be a lighthouse in the vigilance of what is happening in our society compared to our values. This means alert, raise consciousness, provide positions, and express our opinions to guide on orientations, make light of the course of events, and put them in a context so that most conscious sectors can understand.

Underline that Freethought and freethinkers have certain responsibilities. Freethought cannot be achieved without the action of freethought, which defends and promotes the fulfilment of civil rights, which is to enforce the law, not as an immutable dogma, but as the common denominator and as the evolution of a well organized human community, which defends and promotes secularism as a way that everyone is equal and respected in his beliefs in public without religious hegemonies, either political or ideological. It promotes citizens’ education for the best performance of their civic virtues and policies and aims to further critical thinking for oneself and others as the best way to conquer individual and collective freedoms.

Freethought must be constructivist, focusing on a transformative praxis. This means that it must mainly be involved in fair social causes, which are those of freedom of conscience, of civil liberties and individual autonomy.

Freethought should promote the practice of thinking. Often, things without importance, entertainment, or imagination take precedence over reflection, seeking to escape from reality.

Today, thinking means resist the tyranny of the futility, of the uselessness, of the mundane. Thinking is resisting. Thinking is resisting oppression of the referred ’single-minded approach’, ready to be consumed. There is a thought called “féraille” as we speak of junk food, ready to be consumed. It is conformist thought, it is the selfish looks that intoxicate us and that makes us accept the power and the submission system as existing by itself in our nature itself.

Freethought proclaims: “seek the truth – seek your truth”. Because without truth, there is no freedom. And seeking the truth is understanding reality, as tough as it is. Freethought is a school of human dignity in the service of all the men and women who seek the individual and social emancipation.

Freethought is in agreement with one of the most important libertarian battles today: equality of sexes, the fight against the scourge of domestic violence and above all accepts the woman to be the master of her own body. This implies a great resistance to the current organization of society that has strong patriarchal roots. This implies to fight against those who rely on religious dogma and / or on social conservatism, and who are opposed to the need to structure society for women sexual and reproductive health, and for the safe voluntary termination of pregnancy.

We must constantly fight for the emancipation of women, not only as citizens but for what it’s represent : they must be the master of their bodies.

The defence and the promotion of secularism to affirm the Republic. Recover and defend the Republican public space as a means of promoting freedom, pluralism and democracy. Defending quality public education and avoid the public financing of private schools, including religious education.

Freethought is presented as a historical projection and today more than ever, as a universal idea. From this approach, freethought appears as an important contribution to build a future of freedom and equality, in a world little sensitive to ideas.

The idea of Freethought is a universal idea, and therefore, its fight is international. Freethought will express itself in a united way where injustice is fought, where discrimination is found, where man are exploited by man, where peoples are subject and where authoritarianism imposes its obscure law.

Freethought fight is not solitary, but wherever it manifests itself, it means a great support and encouragement of solidarity for all those in different parts of the world that fight for the same ideals. The IAFT should be the platform where all these struggles are interrelated and interact, as the best way to support and empower the world.

The young delegate René Herrera, member of the Secular Centre for Contemporary Studies, asks for his opinion regarding education to be registered in this report. What has been at the centre of his interventions is that education spaces are divided into formal and informal spaces, so organized freethinkers fight consistently for the protection of public and formal education. It is also necessary to develop informal spaces, not about secularism, but in secularism. He adds that, in Concepción, young secular groups, popular schools, politico-social education groups are growing, which have parallel activities in the fight for the defence of free quality secular public education.

Other very young delegates have also declared their interest in staying in contact with the IAFT, including spokespersons, given that we have to decide to incorporate the terms cyber, social networks, teleconference, i.e. with all social media and modern communications.

They also point out that it is very important to continue with what has been said in Mar del Plata, in the sense that Freethought must form alliances with all progressive forces of thought, such as atheists, agnostics, sceptics, secularists and minorities rejected by society. It is important to reach grass roots activists involved in similar struggles without even knowing what Freethought means. They can feed the knowledge of the facts in the struggle for a better world and we provide tools and interconnection with other activists interested in joining synergistic causes, closer to the goal of a fair and tolerant society that values diversity.

Also express the IAFT must make the effort to be sure no Freethinker is excluded from these events for economic reasons, free thought must be inclusive and sensitive.

Finally, women participants and delegates reiterate their request and recall that a greater participation of women at these conferences is needed and that is necessary to maintain support that was shown previously in the IAFT about relations between sexes.

Before the “conclusions” to the Congress were put forward, delegate Alfredo Lastra, supported by Fernando Lozada and Antonio Vergara, repeated the proposal Jacques Lafouge submitted during the second Congress in Mar del Plata:

“Towards a Latin American Association of Free Thought (LAAFT).

You probably know me as the vice-president of the National Federation of the Free Thought (FNLP) in France, but I came above all as a friend of the Latin American people, for whom I feel great affection.

I’ve been travelling across Latin-America for about 40 years, and I stayed for a while a few times. I know this continent a little, the variety of its population and its History. Freedom wasn’t always part of your past but you’ve always been eager for it.

Hear this proposal from a friend of eighteen Spanish-speaking countries rather than from a representative of Europe.

Our political systems, American as well as European, went through many tribulations and dictatorships to come to democracies that, as we know, can be improved.

That’s why this meeting is essential to achieve greater freedom of conscience and secularization. Secularization isn’t anti-religion but it is against the religions’ claim to impose their dogmas and their bans on the peoples. And this fight is meant to be global.

However, local situations, in Europe as well as in America, vary, and even though the goal is the same for both continents, we can’t follow the same path. Each one must move at its own pace, follow its own schedule to achieve the best freedom of conscience for each and take responsibility for their demands.

That’s why, however important the creation of the International Association of Free Thought (IAFT) took place a year ago in Oslo, we have to think about the future, now. The characteristics of the Latin-American nations are both similar and different from each other, and even more different from Europe, Canada and the United States. Their issues are very different.

Having a global structure seems desirable but it cannot impose its views and its demands. In Latin-America, we have our own views and demands. However, those of others are welcome, provided they suit the Latin-American feeling.

Through discussions with friends who were deeply involved in the organization of this Congress, we realized we had to recommend the creation of a Latin American Association of free thought to the Congress. This association is to act freely according to your needs, and still in close connection with the International Association of Free Thought we all agreed to create in Oslo in 2011.

The Libertador José de San Martín said: ’Let us be free, the rest matters not.’

I wish you all a successful congress.” Jacques Lafouge – Mar del Plata, November 2012.

That proposal was well received and it called for a project led by the spokespersons of Latin-America, with Alfredo Lastra from Chile. Within an “Initiative Committee for the Creation of the LAAFT” , they would consult the member organisations of the IAFT registered to date in Argentina, Brazil, Colombia, Cuba, Chile, Ecuador, Mexico, Panama, Paraguay, Peru, Uruguay and Venezuela. The whole continent will then be contacted and told about the project.

This final document of the Congress is also available as a PDF document.