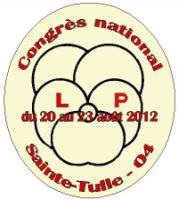 By taking the initiative to gather at Oslo in 2011 a great number of secularist and Free Thinkers’ organizations from all the continents, the National Federation of the Free Thought (FNLP) has been faithful to its conception of internationalism, Free Thinking and in defense of secularism.

It notes that everywhere in the world a clerical onslaught, whatever the creeds, is seeking to enslave the minds and the bodies. Individual rights are ignored, demolished, pared to the bones by the clerics and politicians at their service.

The Congress of Oslo has highlighted the convergence of ideas of the different countries represented and their common will to fight for a genuine separation of Religions and the States.

The National Federation of the Free Thought welcomes this will for liberation and shall set all its meansto work in support of this effort of global dimension.

The first commitment at Beirut has proved that, in a country divided by religions, there were men and women who were willing to go towards a secular state as the only solution to establish a sustainable peace between its citizens.

This November, a Congress of the Americas will gather fraternally delegates from many countries of the American hemisphere, in order to spread and develop the struggle for secularism.

Everyone is aware that the importance of this Congress requires resources which are beyond the reach of the National Federation. It is indispensable that the Departmental Federations assist by all means this ambitious prospect; their donations will be equal to the expected success, undoubtedly.

Moreover, in addition to the speeches and the planned events, this Congress will be particularly the occasion of the official founding of the Free Thought in Argentina, after that in Uruguay in June 2011, and in a country where the Catholic Church is fighting tooth and nail to keep its privileges.