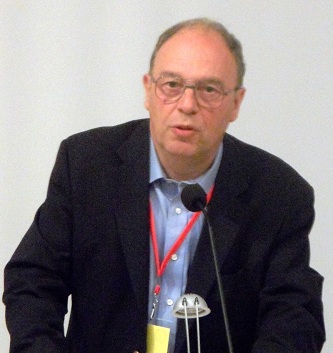 updated of the article:

Declaration on the Liberation of Cardinal G Pell 2020 April 8.

Australia’s top court has overturned the conviction of the Vatican’s former treasurer for sexually assaulting two boys. But that doesn’t necessarily mean it’s plain sailing from here for him, says Keith Porteous Wood.

Cardinal George Pell, the most senior Catholic figure ever jailed for sexual abuse crimes, has been released by Australia’s highest court. The court unanimously quashed his conviction for sexual assaulting two boys 20 years ago at a cathedral.

He was serving a six-year sentence. The jury had unanimously believed his accuser, one of the boys. The prosecuting QC said of his evidence: “It was absolutely compelling…. He was clearly not a liar. He was not a fantasist. He was a witness of truth.”

Australia’s highest court agreed – saying the surviving complainant was “credible and reliable” as a witness – but said the evidence as a whole wasn’t sufficient to exclude reasonable doubt as to Cardinal Pell’s guilt.

His alleged fellow victim had died from a drug overdose – without having disclosed the abuse allegation to his family.

Cardinal Pell has always denied the charges of assaulting the boys in the cathedral. He and others maintained that he could not have had the time or opportunity to carry out the assault.

He has however acknowledged the pain of his accusers and says he doesn’t want his acquittal “to add to the hurt and bitterness so many feel”.

Pell has said his trial “was not a referendum on the Catholic Church; nor a referendum on how church authorities in Australia dealt with the crime of paedophilia in the church”.

He talks of “church authorities in Australia” as if they were some remote bureaucracy, but no one worked harder than him over decades to minimise victims’ compensation.

The quashing of the Pell verdict has prompted some commentators to ask whether “conservative Catholics get fair trials”, as a headline on UnHerd put it.

In The Times this morning, Melanie McDonagh claimed “politicians, pressure groups and pundits” had “made it near impossible for the cardinal to secure a fair hearing in the first place”. She explicitly went on to say, in the final three words of her piece, “Pell was innocent”.

But the court didn’t find Pell “innocent”, or say his accuser was lying. It only found that the jury should have entertained reasonable doubt over his guilt. Academics Ben Mathews and Mark Nicholas Bernard Thomas have made the case that Pell won “on a legal technicality”. And it is not necessarily plain sailing from here for the cardinal.

According to The Tablet, he now faces a Vatican inquiry into allegations of sexually assaulting children. Then there is the prospect of civil proceedings. The burden of proof for civil claims is less onerous, so their success is more likely.

Also, sections of the Australian abuse commission’s 2017 final report were redacted so as not to prejudice child sex abuse cases against Pell. They can be expected to make uncomfortable reading and there is a clamour for them to be released. However I have written to the Australian attorney general, suggesting this should be delayed so as not to prejudice any further criminal trial. Pell still faces other accusations, and it’s still possible that further criminal cases could be brought.

Whilst this verdict will be a blow to Pell’s accusers, we have to hope it doesn’t deter other survivor victims from speaking out and holding perpetrators and the institutions that shield them to account.