This article has been first published in FREETIHINKER Magazine 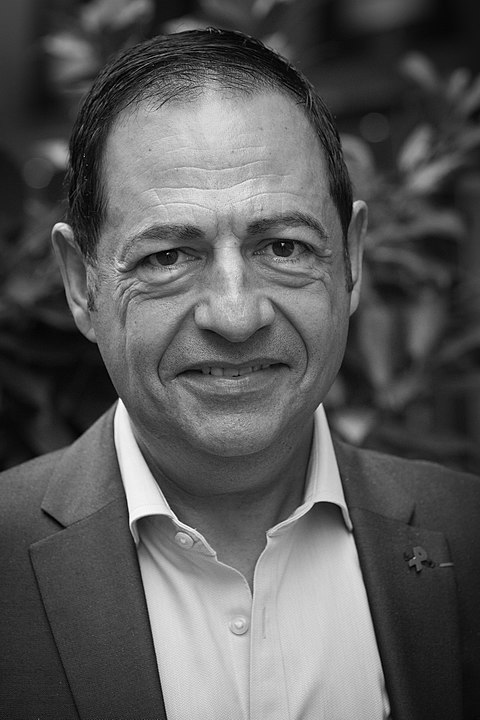 Since the beginning of the 2000s, while the Netherlands and Belgium had already made legislative provisions about assisted dying, in France, the debate has continued endlessly.

Three laws were made on this subject from 2005 to 2016, primarily by the same deputy [in the National Assembly], a cardiologist opposed to euthanasia, who once even claimed that his law was a model for other countries to follow. With self-serving complacency, this same doctor, although opposed to euthanasia, admitted to Le Point in 2008 that he had ‘switched off respirators in order to free [hospital] beds’.

The debate in the French media about the end of life was launched in 2003 by the case of Vincent Humbert, a young firefighter who, following a car accident, found himself locked in his body and only able to communicate with one finger. Through the mediation of his mother, he asked the president of the Republic, Jacques Chirac, for the right to die with dignity. But this was denied him.

Humbert was finally freed from his body, which had become a prison, by his mother and his doctor. His case provoked an immense emotional response in the French population. It was the first of many such cases. From then up to the present, the debate on assisted dying has continued.

France adopted three laws about the end of life in 2005, 2010 and 2016. These pieces of legislation firstly gave guarantees to doctors and allowed them to acknowledge advance healthcare directives (or ‘living wills’), even if, while being restrictive, these could not always be contested. The doctor could always decide not to honour them in a situation of vital urgency or if they were ‘manifestly inappropriate’ – something which, in French law, does not mean anything.

From 2005, although euthanasia and assisted suicide were completely ruled out by the legislature and successive right and left-wing governments, palliative sedation became a possibility. Finally, the latter was redefined and limited to the patient’s dying moments. Since 2016, ‘profound and continuous sedation’ up to death has been the only legal way of stopping mental suffering or futile, unbearable and unassuageable pain.

If sedation of this kind can be a genuine solution for people who are very old or completely debilitated, it becomes an act of medical cruelty when it lasts two or three weeks – as is unfortunately too often the case in France.

In fact, as it was put rather naïvely by Jean Leonetti, the architect of the laws of 2005, 2010 and 2016 (and also, extraordinarily, their evaluator), in order to let someone ‘sleep before dying’, it is necessary to stop giving them food and water, thereby provoking a sickness so that their kidneys are affected, and death at last follows. Everything, in fact, remains under the control of the doctor, who can choose whether or not to accelerate the sedation. Moreover, under the influence of this type of slow sedation, there is no study that shows that the patient does not suffer. What is certain is that people close to the patient, such as carers (in particular the nurses), do suffer from this slow form of death. 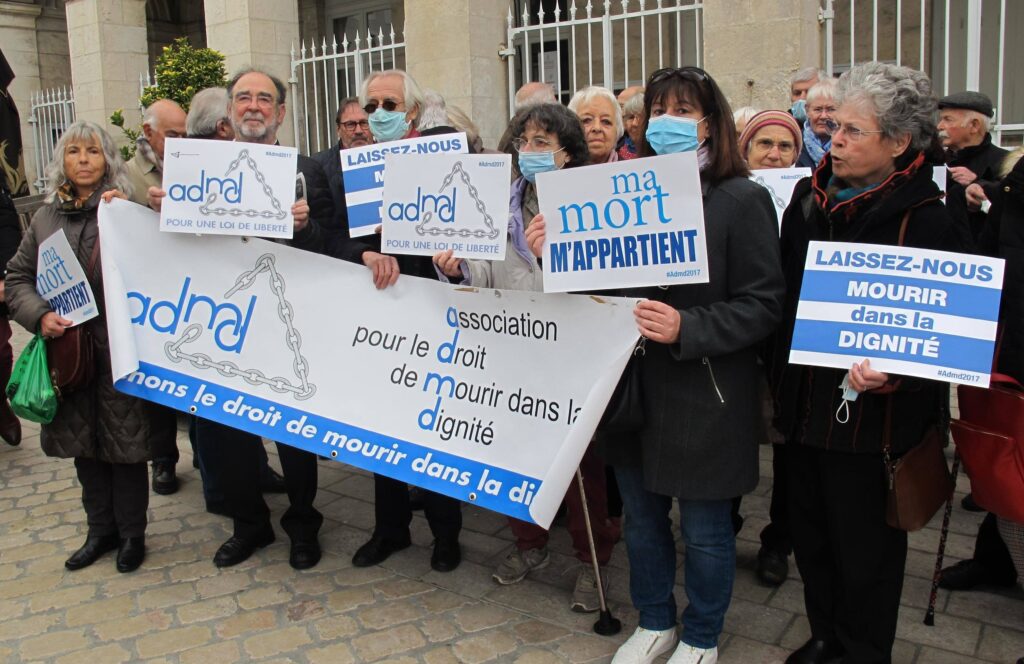 Protesters from the Association for the Right to Die with Dignity. Image: ADMD

The politicians responsible find it hard to understand that our death can belong to us. They have always followed the lead of doctors who wish to medicalise death and retain sole control over it. But as a result of cases [like Humbert’s] and debates in the media, our elected representatives have finally admitted that they ought to have a change of approach and put the dying person at the centre of these decisions – that it ought to be the patient or their healthcare proxy who decides.

Under the previous government, the National Assembly ought to have adopted the legislative proposal of the deputy Olivier Falorni, which would have legalised active assistance in dying. For the first time, there was a large majority in favour, but the government did not want to allow this law to pass all the way through the legislative process. However, during his presidential campaign, Macron, who would be reelected, committed himself to launching a citizens’ debate and even expressed himself in favour of the Belgian model.

This commitment is now on the point of being honoured. In September 2022, the National Consultative Ethics Committee issued Opinion 139, paving the way to a law that could authorise euthanasia. The French President has announced a citizens’ convention that will be held from December 2022. This convention will be put under the control of the Economic, Social and Environmental Council. An evaluation of the last ‘Leonetti-Claeys’ law of 2016 will be made by the National Assembly in the coming months.

At last, a debate will be organised throughout the country. This will be an important occasion for supporters of the ultimate freedom to demonstrate that a law that permits assisted dying is a possibility given to every individual – and not an obligation, as some people would have it considered.

The issue today is about defending a law which strictly respects the wish of the dying individual. This law ought to rest on two limbs: on the one hand, universal access to palliative care, and on the other, the legalisation of euthanasia and assisted suicide.

This law will be faithful to our republican triptych – Liberté, Égalité, Fraternité – which applies to all of our official institutions:

Liberty to live as long as possible for those who wish to. Liberty of conscience for carers who will never be obliged to assist in a case of euthanasia, thanks to a ‘conscience clause’. Liberty, finally, for those who cannot endure to live any more, because there is no principle, in a secular democracy, that obliges anyone to die at the last possible moment – and especially to die in pain and suffering.

Equality before death. There is no doubt that all of us are going to die – even if certain politicians seem not to have not realised it – but we are not all going to die in the same conditions. If you have relatives or the means to do so, you will end up dying abroad, in Belgium or Switzerland. But to do so in Switzerland, you need to scrape together more than 10,000 euros (£8,650). The vast majority of French people do not have this sum. It is like when abortion was forbidden in France: up till 1975, women who sought one had to flee abroad. Those who did not have the means to do so submitted to backstreet abortionists (so-called ‘angel-makers’), and some of them died. Similarly, in France today, old and very ill people are being driven to violent suicide, because they are not guaranteed a serene and dignified end to their lives.

Finally, Brotherhood, because not all physical pain and psychological suffering can be assuaged. What can be said to people who have pains that resist treatment? ‘Die in agony!’

To conclude, the law that we want for France will at last allow each person to control the end of his or her life. A society which gives individuals this final right elevates itself. France will thus be able to reassume its vocation as a leading country for the respect of fundamental human rights. Roll on 2023!

Enjoy this article? Subscribe to our free fortnightly newsletter for the latest updates on freethought.