Opening speech of 7th Congress of IAFT by Christian Eyschen

It is a great privilege for me to open this 7th Congress of the International Association of Free Thought.

First of all, I would like to thank you all for coming, for some of you from a long distance, from all the continents, to participate in this great moment of brotherhood in Free Thought.

Welcome to Paris, City of Light, City of the Enlightenment. The light is of course the light of the Eiffel Tower that you found, in a reduced format in your bag of the Congress. It is a bit of Paris that you will bring back home. This monument was built for the universal exhibition of 1889, lasts for 128 years and has become the symbol of Paris and more widely of France.

Built by the hands of workers, it is a secular symbol of human genius and is almost as much visited as the Notre-Dame Cathedral in Paris which was also built with the sweat and talent of other workers in another era.

Bernard de Castera, in his book on companionship, said: “What remains of the disappeared civilizations is what they have done: the monuments built by the peoples, the statues carved by carvers, the pottery shaped by hands. In a word, what remains is the work of the workers; and we perceive the invisible thoughts of the peoples through the visible works left by the work of their hands.

What remains are the tools, from which we can trace the activity and way of life of men, their culture, in a word. As the culture of men is first of all that of their working activity -inherent, moreover, from the sacred activity which unfolds around the milestones of human life: birth, puberty, marriage, and, of course, death. From the beginning, working activity is inseparable from the sacred. Workers’ culture is a sacred culture…

Paris is also the city of the Enlightenment. Just walk around to see it. There will be two educational walks outside of this congress, one in the footsteps of Thomas Payne, thanks to the talent of our friend Margaret Downey who came from the USA for that purpose and another in the secular Montmartre with our comrade Jean-Marc Schiappa , President of the Institute of Research and Study on Free Thought.

You just have to take a walk in Paris to discover the statues of Diderot, Voltaire, Thomas Jefferson, Condorcet, Benjamin Franklin, for example. You will follow in the footsteps of Helvetius, Etienne Dolet, Michel Servet, Maximilien Robespierre.

Paris has always been a city of revolt and progress, from the Middle Ages to the French Revolution, from 1848 to Paris Commune. It is the city where the great laws of the Republic were passed, and where our dear secular laws instituted the secular public school (state school) and the separation of churches and state. It is also the city of the coalition of the democratic movement and the workers’ movement, pulling social conquests one by one. At a time when the supporters of finance and exploitation intend to turn 5 the wheel of history upside down, the streets of Paris still resonate and will resonate more and more of the anger of the popular Paris.

It is therefore an honour for Paris to host the 7th Congress of the IAFT. How far we have travelled since Oslo on 10 August 2011 when we formed the International Association of Free Thought! Oslo, Mar del Plata, Conception, Montevido, London, Quito and now Paris.

Throughout History, and because of all the ups and downs of History, there has been a succession of Internationals of Free Thought, which sometimes were rivals at the same time. The path of human consciousness to free itself has never been plain-sailing.

History always leads everyone to have a position as regards events and tasks that it lays down just like in a big open book in front of Humanity. And it is Humanity responsibility to fill in the pages of its destiny: the liberation of Humanity will be the work of Humanity itself. There should be no supreme savior, no god, no Caesar, no popular orator.

Facing exceptional events, free thinkers from different countries have been able to give different answers, sometimes very different from one another, but always centered on the fully and entire freedom of conscience either to conquer or to protect. The international Free Thought History was built up, like anybody’s life, through encounters and separations because, fortunately, we do not all think the same. But there has been a common base to all of us, at any time: the will to see the world free from clericalism, religion and oppression. In a nutshell, the free thinkers’ action is based on the freedom that leads people on the path to their liberation.

A lesson that can be learned from all these events: division and separation always happen when external factors are introduced within the Free Thought to divide, for reasons whose origin can be found in foreign elements to the Free Thought.

If you wander away from the general principles of the Free Thought which thinks it is “social, democratic and secular”, as the great International Congress of Rome in 1904 asserted it was, and it was the prelude to the vote of the French law of Separation of Churches and State in 1905, if you do not stand aloof from all religions, and all oppressions, then the seed of discord is introduced.

The Free Thought considers all religions, from Judaism, through Christianism on to Islam, as warmongers, reaction and barbarian troublemakers and decline of civilization. It indiscriminately refuses intolerance and dogmatism. You just have to watch the dramatic news of the attacks and assassinations on all the continents. Religion kills, religions kill and we still consider them the worst obstacles to human emancipation.

During this congress, we will discuss the progress of the three campaigns of the AILP on the crimes of the churches, the public funding of the religions and the fight for the Separation of Churches and State. We will also study action for equal rights between women and men, for the right to die with dignity and for the defence of science.

At a time when, from Muslim Turkey to Catholic Poland through the Protestant States of the USA, it seems that Darwin and his teaching must again become proscribed, it is more than necessary that free thinkers unite and do not allow themselves to be divided by subaltern quarrels. It is our responsibility before the human conscience.

That is why the IAFT can only welcome the existence of the International Declaration of Associations of all the belligerent countries of the First World War for the rehabilitation of thousands of soldiers executed by fire squads to set the example. Many organizations of Free Thought have countersigned this Declaration, which honours human conscience, the one that will never fold under the bushel of barbarism and the horror of war. Regarding this, it is also significant that our International Appeal for the Non-Public Funding of Religions, launched in Montevideo, is also signed by nearly a hundred associations from all continents. The aspiration for separation of religions and states is a universal aspiration.

In conclusion, I would like to thank all the speakers for the work they will do during these three intensive Congress days. I would also like to thank all the representatives of the international associations representing all the tendancies of the secular world, freethinkers, humanists, atheists, and sceptics, rationalists and a-dogmatics, who are present and who will speak.

Undoubtedly, something will be born in Paris and that will count for a long time.

I declare open the 7th World Congress of the International Association of Free Thought.

Let’s have good work all together!

Christian Eyschen, Spokesman of the IAFT 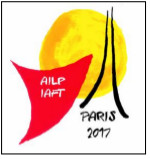