Note on the legal status of the fetus in Belgium. 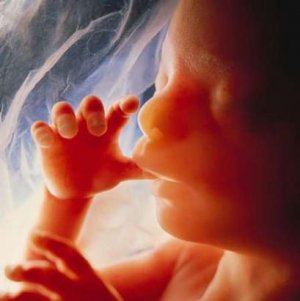 A law passed on December 13, 2018 by the Belgian Parliament, with the support of the Flemish nationalists, Christian Democrats, liberals and some of the ecologists, satisfies the clerical party to a very high degree.

It establishes a status of the fetus that modifies the civil law, since several measures are to be noted, that are not “purely symbolic”.

– the notion of a birth register which allows the collection of birth certificates and which is a founding concept for human rights, is abolished in favor of a database of civil status records which includes three types enrollment, one, optional, for fetuses over 140 days (with the possibility of entering a first name), one for fetuses over 180 days (with the possibility to enter, in addition to the first name, a name of family) and one for the newborn child. This last act being compulsory in the same way as the birth certificate.

– the concept of death register is also removed to allow one of the above registrations to fully produce its effects and the birth registration of a lifeless child.

Belgium is of course the first country concerned, but it is above all a victory of the clerical party, which as we know has no borders:

– the political parties linked to the Catholic Church in Belgium (which are not limited to the historically Christian-Democratic party, the CdH) continue their reactionary struggle to raise the demand for civil recognition of a lifeless child “from the day of the conception”.

– a powerful legal argument has just been obtained by one of the Catholic episcopates very close of Vatican, to fight the right to abortion in all the countries where women have obtained it and in those where they can hope get it soon.

The European Coordination Office of Free Thought and CLP / KVD

Message of the International Association of Free Thought on the occasion of the 20th anniversary of the association, Europa Laica celebrated at the Art Circle of Toledo on December 11, 2021

Dear friends and comrades, It is a great pleasure and joy for the Association International Free Thought to send you this message of support on the occasion of the 20th anniversary of the Europa Laica Read more…

International call for financial support for members of The International Association of Free Thought in Lebanon.

Extract from the letter of ALIPHID (member of AILP) “The Lebanese Association of Philosophy of Law (ALIPHID), member of AILP, thanks the activists and leaders of the National Federation of the Free Thought (France) for Read more…

One step forward… Sudan: towards a secular State. A popular revolution born in December 2018 brought an end to a military-religious dictatorship that began after a coup in 1989. Dictatorship had forbidden political parties and Read more…