The misery which women and children faced for decades highlights the damage that can be done when states leave religious authority unchecked, says NSS president Keith Porteous Wood. 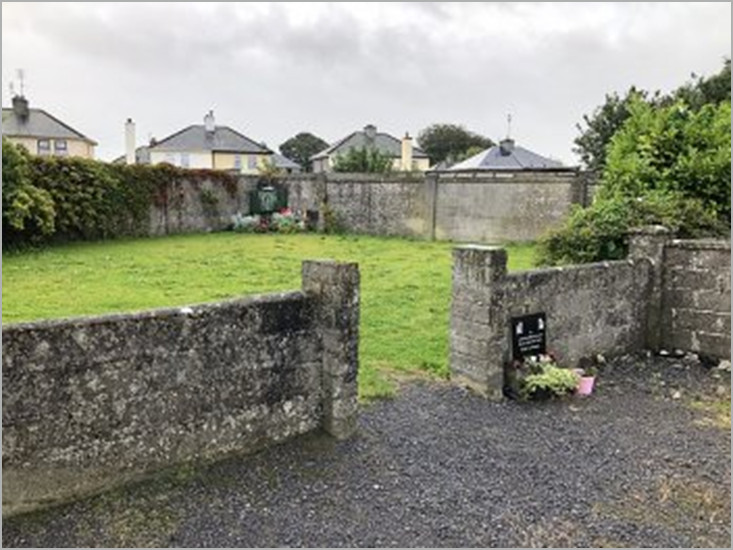 That was a line from a report on Ireland’s mother and baby homes, which were largely run by the Catholic Church. At the time a bishop, perhaps better at misogynist slights than actual childcare, described the inspector who wrote this as “a troublesome spinster who thought she knew everything about what was best for babies“. That was written in 1939, and several such homes were operating even in the 1990s.

Despite pressure from the UN – and even ultimately from its Committee Against Torture – it took until last month for a state sponsored report to be published. Being so much later, greater candour could reasonably be expected even than that shown by the brave Alice Litster, the author of the 1939 report.

Instead, the 2021 report has been branded a “whitewash“, “cold” and “legalistic“ as a result of some of its conclusions, such as: “However, it must be acknowledged that the institutions under investigation provided a refuge – a harsh refuge in some cases – when the families provided no refuge at all“. There’s no suggestion here that failures to provide refuge were more than likely prompted by opprobrium preached to the pews.

This line comes despite the grotesque level of infant mortality in the homes, which the report acknowledges elsewhere. It notes that “9,000 children died in the institutions under investigation – approximately 15% of all the children who were in the institutions” and “75% of the children born in a home in Bessborough (a suburb of Cork) in 1943 died within the first year of life“. Also, one of these ‘homes‘, run by the Sisters of Bon Secours, was Tuam – notorious worldwide for the hundreds of babies and children “buried inappropriately in the grounds of the institution” without even being recorded (site of mass grave pictured). The mortality rate was a greater scandal.

But what are the root causes? Everything possible went against these poor women, and their children. The report acknowledges that “there was a considerable lack of knowledge regarding contraception, menstrual cycle and sex education in general“. Sex education had to be in accordance with the (Catholic) ethos of the school. Yet even by 2010 “almost 74 per cent of young people [were] receiving little or no sex education“.

DUP leader Arlene Foster expressed the problems starkly in response to an equivalent report on Northern Ireland that was simultaneously released. “Children were raped or victims of incest then they were victimised again by being put into these homes. It was not their fault that they were raped or the victims of incest yet they were the ones who suffered.” She also noted a key reason: “Those who perpetrated the crime went scot-free.”

A further reason – I believe a very significant and largely unacknowledged reason – is the proscription of contraception, one of several puritan provisions of the Criminal Law (Amendment) Act 1935, in line with a papal encyclical of 1930. The report describes the act as “arguably the legislation that came closest to enforcing Catholic moral teaching. … The proportion of Irish unmarried mothers who were admitted to mother and baby homes or county [run] homes in the twentieth century was probably the highest in the world. … No country complied with Catholic teaching on birth control in as dedicated a fashion as Ireland … but this rearguard action to preserve Ireland’s distinct moral and legislative culture coincided with a steady rise in the number of unmarried mothers.”

There were no “unmarried fathers“, of course; most got off scot free, and that is another key contributory factor. Less than 15% of cases of sexual crimes against children were prosecuted. Sexual crime was seen as “an ideological as well as a law enforcement issue in a newly emerging [Irish] state sensitive to the views of its enemies and the outside world and insecure about its place in it, a nation that legitimised itself, in no small part, as a beacon of Celtic Catholic purity in a world otherwise sullied by sin… the overwhelming majority of sexual crime prosecutions were never reported in the nation’s press and that those that were, were reported in ways that obscured the actual nature of the offence“.

But we need to ask “why?“, at least one more time, the state failed to uphold its duty of care to vulnerable women and children in these publicly funded institutions. The largest single underlying factor, implied in much of the above, was the absence of church-state separation, of secularism. The church behaved like a department of the state; it sometimes even looked to be the other way around. So it is no wonder that “some survivors are convinced that the blame lies primarily with the Catholic Church and a craven Irish state tugging the forelock to the hierarchy”.

Some of these factors and associated societal attitudes, especially the callous and contemptuous dismissal of unmarried mothers and their offspring, may also have been contributory to another type of criminal behaviour where, sadly, Ireland appears to have been in a class of its own: clerical sexual abuse of minors. So many poor, unvalued children were dragooned into the industrial schools (set up specifically for “neglected, orphaned and abandoned children“), many run by the Christian Brothers, and notorious for the scale of abuse. If the state’s record is anything to go by, the reluctance to prosecute for sexual offences will have been even greater for clerics than others.

On an optimistic note, tribute was paid to that “troublesome spinster” in the Irish parliament: “Ms Alice Litster… one of the heroes of the report… is mentioned 440 times“. She is also to be remembered through the establishment of a scholarship. And let us not forget that Ireland’s transition to a socially liberal and more caring society has been at a meteoric pace probably unseen anywhere else in the world, as has been its decline in church attendance.

These homes were a shameful episode in Ireland’s history that demonstrates the necessity of a clear separation between church and state. Ireland has made huge strides towards this, but lapses are frequent and, as even the lamentable state of sex education in recent times reveals, it has not thrown off those shackles altogether.

We must hope it resolves to do better. And the world should note the damage that can be done when states leave religious authority unchecked.

Categories: Denounce crimes of priestsSeparation between religions and States