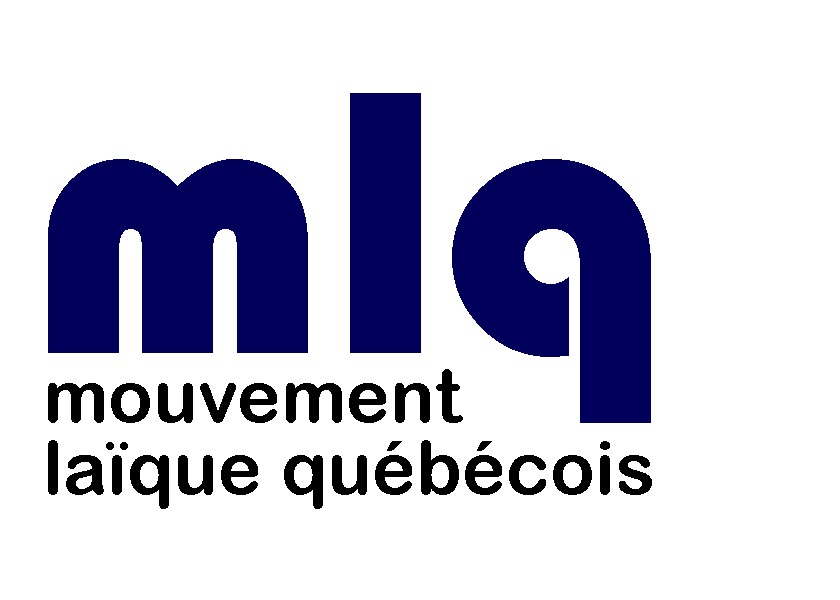 In Quebec as in France, secularity needs you: – In Quebec to institute it – In France to defend it. The more countries that establish secularity in their institutions, the more secularism in France will be protected. Our secular friends in Quebec are facing an unprecedented offensive to prevent an important step forward. They are faced with a multitude of legal challenges that involve significant expenses. La Libre Pensée promotes secular public opinion, including financial help for secularism in Quebec to take a step forward! Provide financial support to help them. See the terms at the end of the article.

“Secularism is … an attempt to resolve the long and destructive antagonism between Church and State. Separation, adopted by the American and French revolutions and by other countries thereafter, aims to avoid two things: the use of religion by the state to strengthen and extend its authority; and the use of state power by the clergy to impose its doctrines and rules on others.”- Bernard Lewis (1916-2018), historian, Princeton University, in 2003.

In April 2019, the National Federation of Free Thought (France) was informed by free thinkers, humanists and secularist activists in Quebec of Bill 21 on secularism in this province of Canada.

In Quebec, the fight is engaged for the new Law on Secularism of the State: 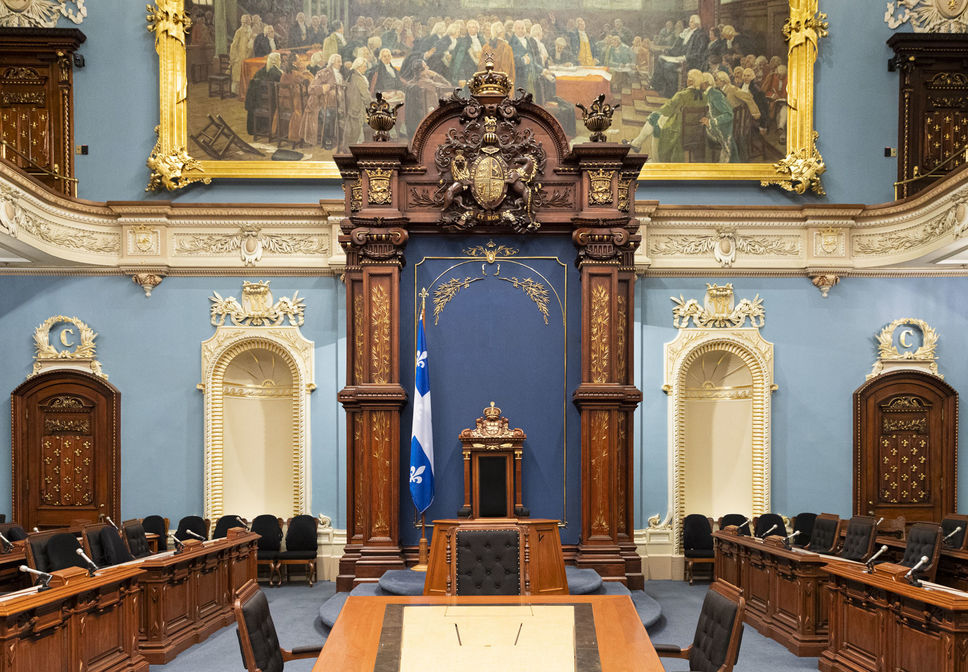 Indeed, the new Law on Secularity of the State (Bill 21) was adopted on June 16, 2019 by the government of François Legault. To achieve good understanding of the current situation, it is necessary to start from the fact that Quebec is a State that is part of the Canadian Confederation, a constitutional monarchy, the sovereign of which is also head of the Anglican Church. Although there is no state religion in Canada, it is not a republic and the Separation of Religion and State exists only in jurisprudence and not in law. Thus, a strict analogy with the French situation would be improper.

But, all steps forward towards secularization of the State and also of the educational system must be vigorously supported.

Article 1 of Law 21 states that “The State of Quebec is secular” and Article 2 specifies that “Secularism is based on the separation of the State and religions; religious neutrality of the state; the equality of all citizens; freedom of conscience and religious freedom.”

This is a major advance since the principle of secularism now becomes enshrined in the Quebec Charter of Rights and Freedoms, which is a quasi-constitutional law. The main immediate practical effect is a ban on the wearing of religious symbols by personnel and teachers in public schools in positions of authority. A motion was also adopted in Quebec’s National Assembly (parliament) to withdraw the crucifix from the National Assembly, set up by premier Maurice Duplessis in 1936, to mark the alliance between the State and the Catholic Church.

Another law passed by Philippe Couillard’s government in 2017, the State’s Religious Neutrality Law, also requires public services to be given and received with faces uncovered.

These laws are compromises, since they grant employees already in office an acquired right to wear religious signs, a right that would also be taken away from them if they change jobs or establishments.

Nothing has yet been definitively achieved because Bill 21 faces strong opposition, from activist and anti-secular religious groups as well as in the rest of Canada where people do not hesitate to denounce a so-called “secular racism” French-style. In Ottawa, only the Bloc Québécois, a sovereignist party, supports Quebec’s secularism law. All the other parties have declared themselves against Bill 21, Prime Minister Justin Trudeau at their head.

A coalition of 17 organizations and individuals – heavily funded by Canadian and international funds has launched a series of legal actions to strike down this law. The main case will be heard in November 2020 by the Quebec Superior Court. Whatever the judgment rendered, it is certain that the case will be brought to the Supreme Court of Canada, which must interpret the laws in light of the political multiculturalism included in the Canadian constitution. Some of the opponents have also promised to bring the case to the UN Human Rights Council.

Faced with the 17 complainants who have more than fifteen lawyers, only two pro-secularism associations have been recognized by the Superior Court as parties in this case alongside the Quebec government, namely the Quebec Secular Movement (MLQ) and the feminist group For Women’s Rights in Quebec (PDFQ). These two associations are united within the Regroupement Pour la Laïcité (RPL) with a dozen other pro-secular associations. The MLQ, however, has no public funding and must rely only on popular support to wage this long and costly fight. The political and financial imbalance of the forces involved is very great.

Reinstitute the relationschip or maintain separation of State and Church ? 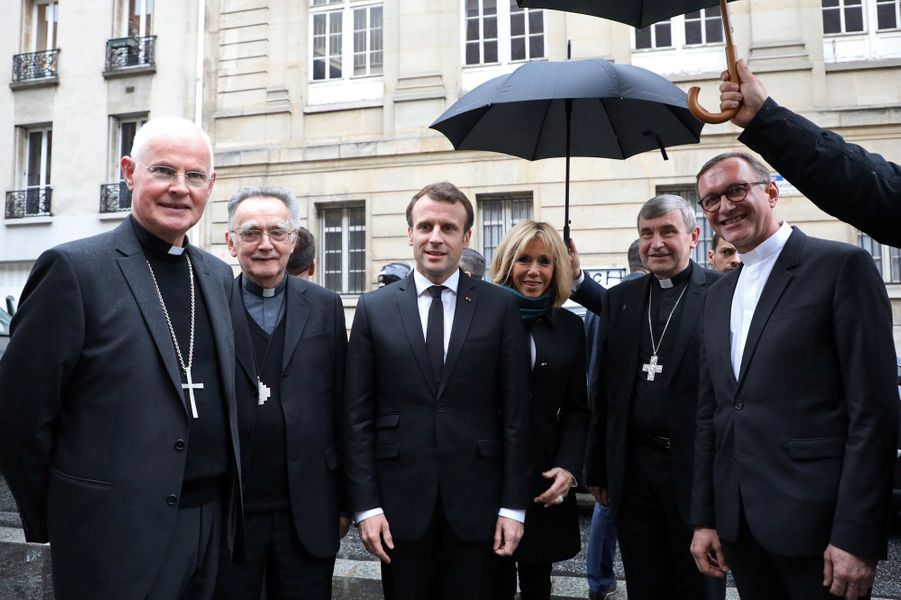 On April 9, 2018, the President of the French Republic, Emmanuel Macron, was hosted by the Conference of Bishops of France at the Collège des Bernardins (The Collège des Bernardins, or Collège Saint-Bernard, located at 20 rue de Poissy in the 5th arrondissement of Paris, is a former Cistercian college of the historic University of Paris). It was the first time that a President of the Republic responded favorably to such an invitation. It was undoubtedly a flagrant departure from the principle of Separation of Church and State (Law of December 9, 1905).

This “recognition” of a religion was confirmed by the President of the Catholic Episcopal Conference: “Your presence honors us and manifests the old and renewed relations between the State and the Catholic Church.” Recall that it is Lionel Jospin , then Prime Minister (member of the socialist party in the cohabitation government chaired by Jacques Chirac), who had established a structure for permanent dialogue with the Catholic Church in 2002.

And Emmanuel Macron replied: “For us to be here this evening, Monseigneur, we, you and I, defied the skeptics on each side. And if we have done so, it is undoubtedly that we somehow share the feeling that the link between Church and State has been damaged, and that it is important to you and to me to repair it.”

The law of 9 December 1905, known as the Separation of Church and the State, provides:

There is a strict separation of the public domain and the private domain. It is this separation which guarantees the absolute freedom of conscience which is to believe or not to believe in the private domain.  The President of the Republic then implied that he was going to launch a review of the 1905 law. The track is clear: to allow financial aid to the cults in exchange for an increased control, in particular of Islam, and “to repair the bond between the State and the Church“.

All those who vehemently protest against a veil, a beard or a slipper are silent when it comes to the billions stolen from public schools for the benefit of Catholic education. There are undoubtedly priorities …

We must defend the law of Decembre 9, 1905 with force and vigor 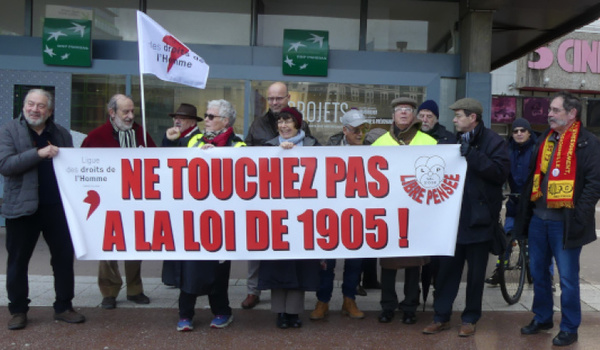 One does not have to be an archbishop to understand that the purpose of the government’s attack on the law of 1905 is the division of the secularism. If the secular forces of the country mobilize in unity, the government will inevitably back down. The history of the country shows that division is a constant instrument of power and that it rarely allows the people to win a just cause.

The Free Thought Movement of France, La Libre Pensée, welcomed a meeting of secular associations on November 22, 2018, at the initiative of the Education League (Ligue de l’Enseignement a very old Association), leading to a unitary declaration by 40 associations, masonic associations and trade unions, to defend the 1905 law;

Also the National Congress of Free Thought, (August 26-30, 2019) in Alizay in Eure, decided to address the secular movement, trade unions, philosophical associations, activists of secularism, and all who claim to defend and perpetuate the law of December 9, 1905 on Separation of Church and the State: Do not touch the law of 1905!

Secularism of the modern State is a great democratic value. It puts all citizens on the same footing. It guarantees believers and non-believers alike the same right to freedom of expression of their convictions. It also ensures the right to have or not to have a religion, to change or to cease to have one.

As in Quebec, it is about proclaiming the secularism of the State and its neutrality towards everyone’s beliefs. This is guaranteed by the principle of the Separation of Church and State, and the secularity of the State in its dealings with citizens. 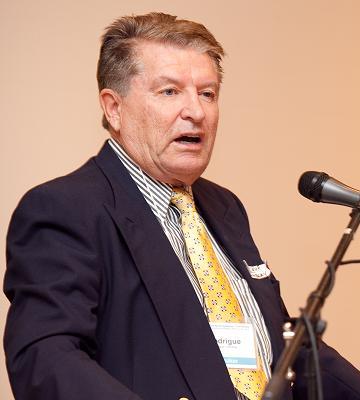 As Professor Rodrigue Tremblay, former Quebec Minister of Industry and Trade, notes: “In reality, the State Secularity Act is very moderate and it applies to everyone, regardless of their beliefs or convictions. It respects acquired rights and it applies only to state employees in positions of authority (judges, police, teachers) who are in direct contact with citizens. The latter have an inalienable right not to be subjected to political or religious propaganda by state employees when they receive public services. A very large majority of the Quebec population supports this democratic law. Many in English Canada also support it, but the media does not mention it.”

Special fund to defend Bill 21 on Secularism in Quebec

The Quebec Secular Movement (Mouvement Laïque Québécois) informs us that:

On January 7, 2020, Justice Marc-André Blanchard of the Superior Court of Quebec authorized the Mouvement laïque québécois (MLQ) to intervene before the court in order to defend the Law on Secularism of the State (Bill-21) which is the subject of a motion to strike presented by various associations opposed to secularism.

The battle will be long, arduous and expensive. Several thousand dollars have already been spent solely on procedural costs. Our opponents receive financial support from across Canada – including, it seems, from public funds – and possibly even from abroad. We can only count on the support of defenders of secularism.

The National Federation of Free Thought (FNLP), for its part, hereby initiates in France, with secularists and republicans of all opinions, a fundraiser to come to the aid of secular militants in Quebec in their difficult fight to defend Bill 21 on Secularism of the State. The FNLP immediately contacted its member associations of the International Association of Free Thought (AILP) to support this action.

To financially support the action of the Quebec Secular Movement

In France or in other countries if this method is easier (the sums collected will be published and transferred to the MLQ):

Or directly to the MLQ: by check or money order in the name of the Mouvement laïque québécois, Casier postal 32132, Saint-André branch, Montreal, Quebec, H2L 4Y5, Canada

Public Statement: International Day of Secularism and Freedom of Conscience

Today, December 9, is internationally known as the “Day of Secularism and Freedom of Conscience”. The law is thus celebrated which was promulgated in France in 1905, establishing secularism in the French country. Secularism is Read more…

This December 9 marks 117 years of the law that proclaimed in France the separation between Churches and State, and 91 since the approval of the Constitution of the Second Spanish Republic, the only unquestionably Read more…

For a secularity of freedom and emancipation

Paris, 8 December 2022 The LDH (League of Human Rights), the National Federation of Free Thought, the Secular Watch, Secular Solidarity and the Rationalist Union have not ceased to recall their attachment to the law Read more…